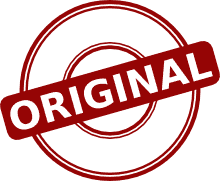 A remote control is original when it has been made by the same producer of the device and they are supplied together at the time of purchase.

On some occasions the producer may substitute the original remote for another one which, despite having a different format, performs the same functions as the first one.

It is important to state that we are speaking about producers and not the brand as one producer can produce machines for various brands; they just change the stamp on the remote.

We consider that a remote is original or equivalent to the original when it has been made by the same producer as that of the device and it is able to control all the functions of this machine, without having to introduce any codes or make any other changes to the remote. The only thing you need to do to the remote is put the batteries in. Irrespective of the shape or design of the remote, if it complies with the conditions described above, it can be considered an original.